Convertible furniture for a small apartment 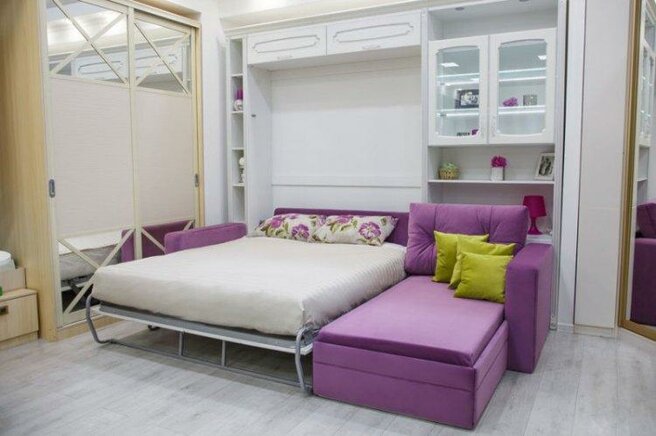 Transforming furniture has become a real salvation for small-sized apartments, because they still have not come up with a better way to really save space. Although, in fact, it appeared much earlier than it is commonly believed. The first beds with drawers were used in the homes of the nobility in Germany, and the chest of drawers were at the same time widely used by the British. We tell you what modern manufacturers offer!

Such furniture will help owners of one-room apartments who dream of sleeping on a bed, not on a sofa. Outwardly, the structure looks like a sofa with a wall. In one section of the wardrobe, the bed is hidden in an upright position, in the other - sections and drawers for storing things.

Modern models are designed in such a way that you don't even need to remove the pillows from the sofa - they "leave" when the folding bed is lowered down. And the bed linen is fastened with special belts, so the bedding does not need to be cleaned every morning. 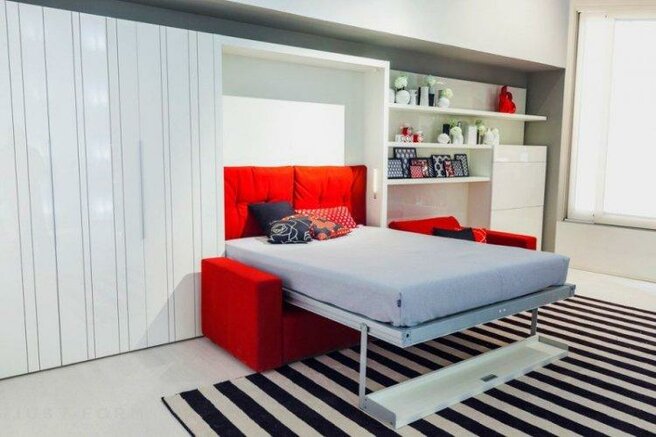 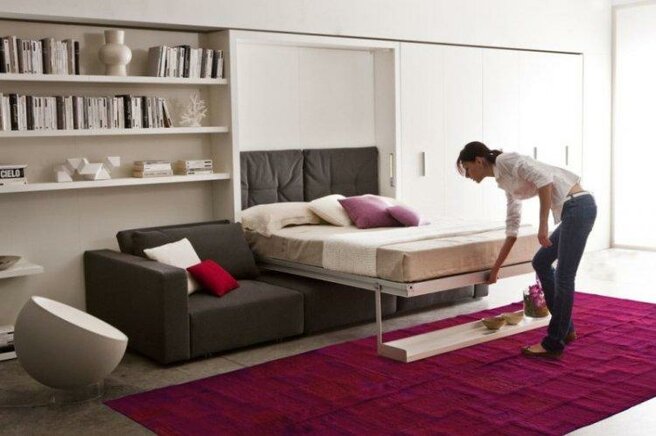 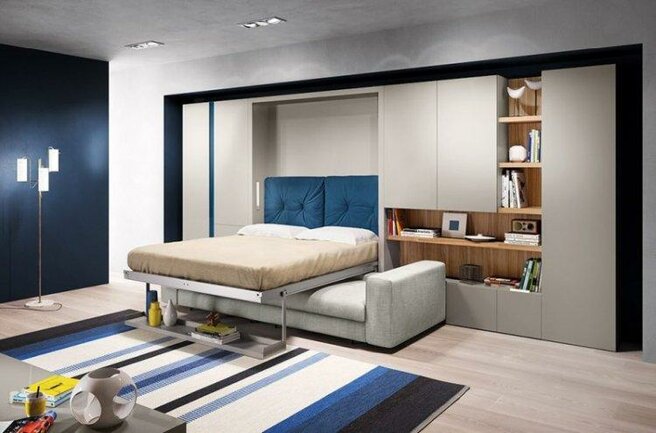 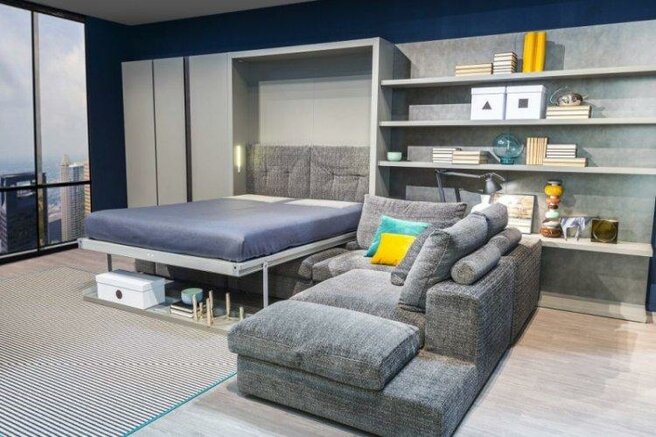 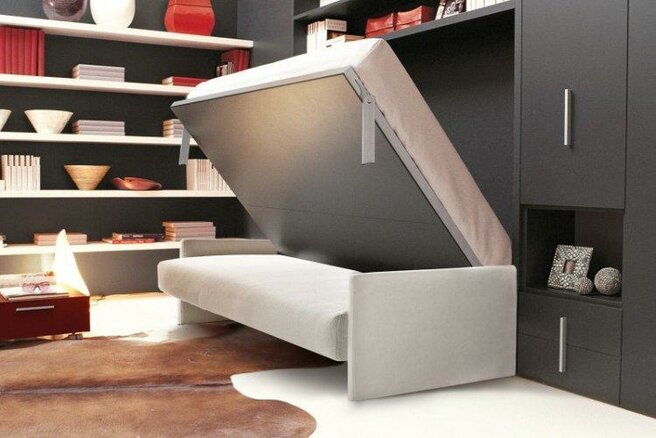 A wardrobe bed is a little simpler than a transformer with a sofa, and most importantly - more compact. It's a good choice for small bedrooms or living rooms that already have a separate seating area. The bed easily rises and falls, and when folded, it is pressed tightly against the wall and replaces the wall of the cabinet.

A full double bed can occupy up to five squares in a room. The transformer, on the other hand, will not take up more space than an ordinary deep cabinet: there are even models up to 45-50 cm. There are two types of designs: vertical with niches on the sides or horizontal with drawers and shelves. 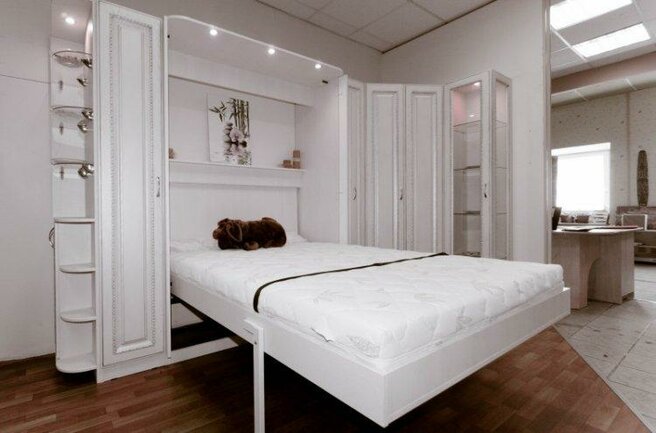 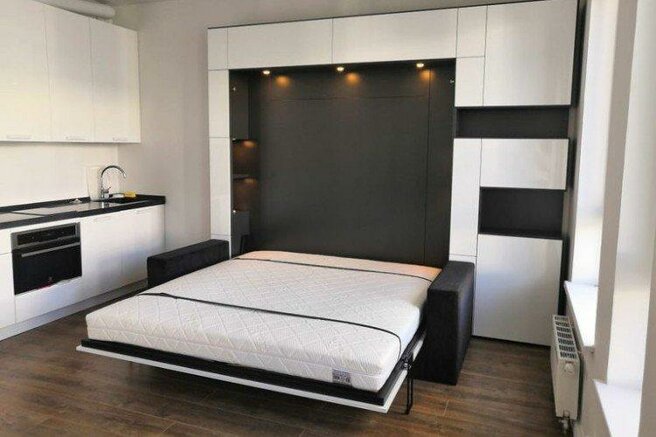 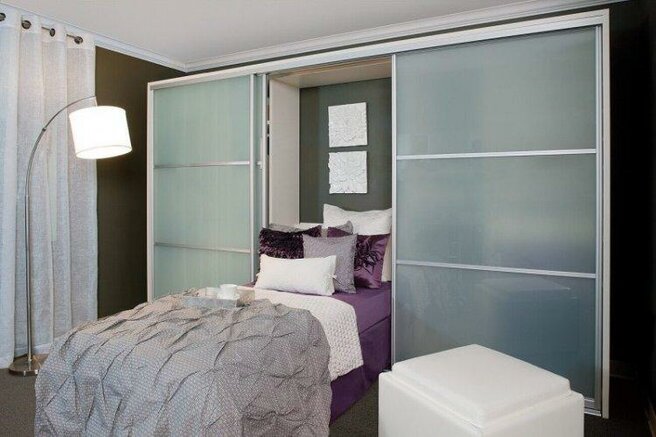 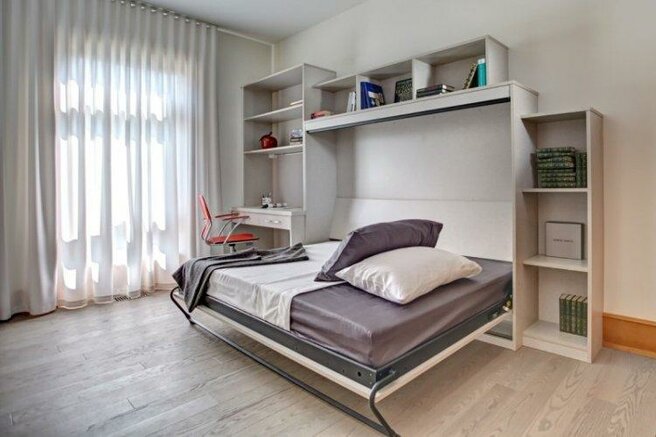 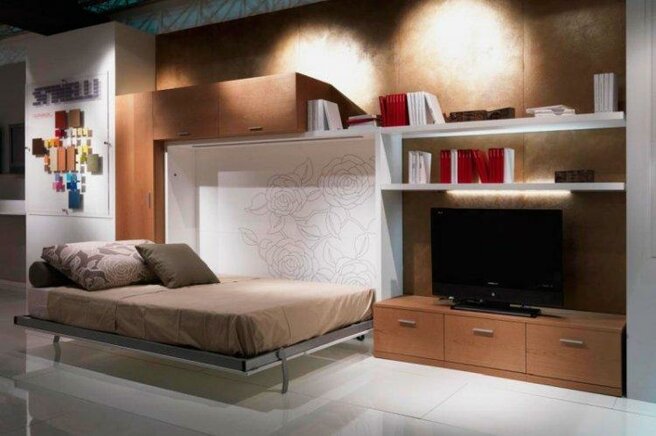 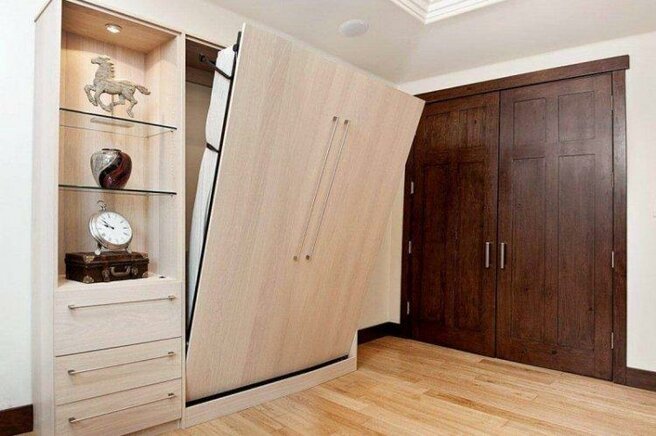