Masterpiece RTS 'Company of Heroes 2' distributed for free on Steam 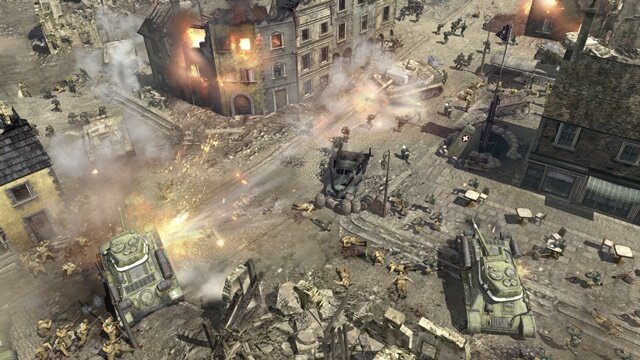 The World War II RTS game 'Company of Heroes 2 (hereinafter referred to as COH2)' will be distributed free of charge through Steam for a limited time on weekends. The free collection promotion will run until June 1st at 2 am.COH2, the official sequel to the classic RTS game'Company of Heroes' with 93 metascores, deals with the Eastern Front, where the Soviet and Eastern forces battled. If the previous work is the story of the American hero, the sequel is characterized by focusing on the horrors of the Eastern Front. At the beginning of the release, several problems were pointed out at the same time, and it was evaluated as 'not as good as the previous work', but later, through various DLCs, the rest of the story that could not be included in the main game was solved, and it was evaluated that it was definitely better than the previous work in terms of convenience through constant updates. I got it.This free distribution on Steam includes not only the main COH2, but also the campaign DLC, Ardennes Assault. If the game is registered to their Steam account during this free distribution period, players can download and play 'COH2' through the Steam library at any time after the free distribution ends.A free download of COH2 is ongoing on the Steam store .